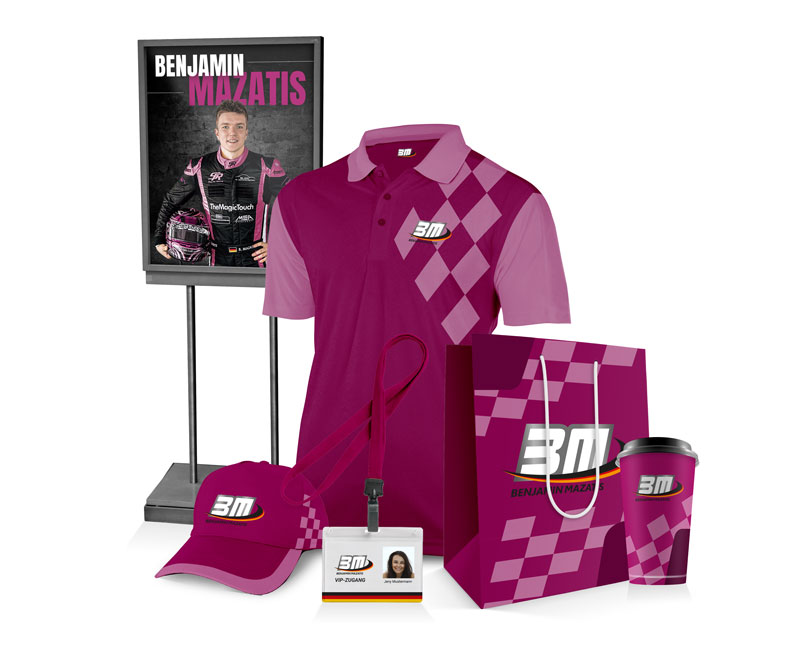 My name is Benjamin Mazatis, I was born on 14 January 1998 in Rosenheim, Upper Bavaria, and now I live near Rosenheim.

I started my motorsport career at the age of 7 in karting; at the beginning of 13 I was the youngest to enter formula racing.

I am very pleased to present my motorsport project to you.

A world full of dynamic, speed and innovation...

MY LOVE
ARE MOTORS
MY GOALS

I am ready to tackle this season with you and turn the goals we set into reality!

0
Trophies
0
Races
ABOUT ME

Goals for the future

Even as a little boy, I had the "Need for Speed" and have been fascinated by motorsport ever since. This led me to start karting at the age of 7. Due to numerous successes in karting and shortly after my thirteenth birthday I was invited by BMW to test a Formula Bolide for the first time.

In 2015, I competed in ADAC Formula 4 and had some exciting racing ‘battles’ with the two current Formula 1 stars Mick Schumacher and Lando Norris. At the end of the same year, I was also awarded the title "Driver of Promise" by the McLaren Formula 1 team.

Unfortunately, the not inconsiderable financial aspects of motorsport slowed me down on my way to Formula 1 and so 2016 I switched to touring car racing. I won my first race here, which was also my premiere on the legendary Nürburgring Nordschleife.

After a very successful year, it was time for me to move into GT. Here I finished second in the Dubai 24 Hours in 2017.

In 2018, I finished on the podium six times in the first eight races. I was even on course for the European Championship until 10 minutes before the end. Unfortunately, consequential damage to a start panel prevented my start in the coup and I had to settle for third place in the GT4 Central European Cup.

The following year I returned to Dubai for the 24-hour race and switched to Porsche. Then came the global pandemic. In 2020, unfortunately, only small, national races were organised.

In 2023 I want to hit the ground running again and chase the really big titles in international GT racing. Let us do it together.

My new brochure was published today. Inside you will learn about my story, milestones, future plans, your benefits as a sponsor in motorsport and why motorsport will continue to play an important role in the future.

Here you can download my new brochure "Teaming up to triumph tomorrow".

Test drives and preparation for entry into formula racing

Start in the KF3 class of the ADAC Kart Masters

The 24h Series are the endurance series in motorsport. They combine endurance races over 12 and 24 hours. In recent years, the races have taken place on three continents: America, Asia and Europe. The highlight of the series is the annual 24-hour races in Dubai and Barcelona.

With more than 170 race cars, the NLS Endurance Championship impresses with fast-paced racing action. From powerful GT3 cars like the Mercedes-AMG GT3 to near-series road cars, everything is represented.

NLS
Sponsoring
SPONSORS AND SUPPORTERS WELCOME!
On The Road To Success
LOOKING FOR SPONSORS

Motorsport is an exclusive but also cost-intensive sport.

If a young, talented driver does not have the financial support for the season, he does not stand a chance here.

Where would Michael Schumacher or Sebastian Vettel be today if they had not received the appropriate funds from mentors and sponsors.

As a sponsor you benefit several times over with the following advantages... 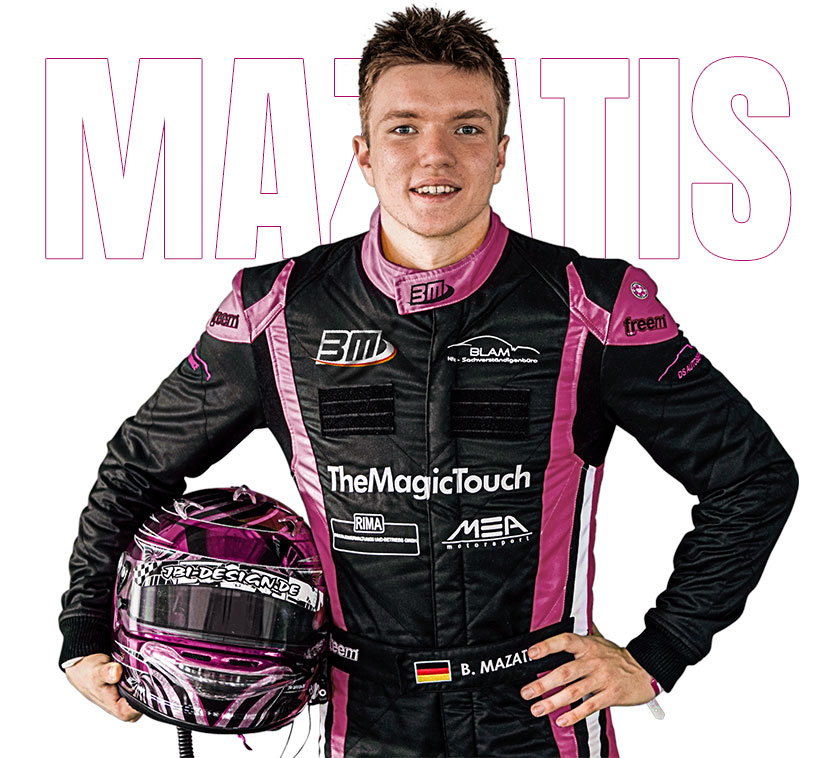 Accompany me as a strong partner on my way to the top. The manifold options of sponsoring can be implemented according to your ideas.

Physical fitness is naturally a part of life of a future world champion. Daily training is a must. The right diet is another element for success. My personal coach supports me here with the building blocks of fitness and nutrition.

Jogging, cycling and swimming are naturally part of my training schedule.

With the strength equipment or with my own body weight - strength exercises are a lot of fun for me.

This improves my emotional, cognitive and physical skills. And a chess game is also part of it.

My new brochure was published today. Inside you will learn about my story, milestones, future plans, your benefits as a sponsor in motorsport and why motorsport will continue to play an important role in the future. Here you can download my new brochure "Teaming up to triumph tomorrow".

Finally found my peace with the 16 October. After exactly 10 years.😄 (For sure too late as always with my Social Media😉, but yeah, here we go...)

Support the German racing talent Benjamin Mazatis and bring him back to his beloved racetrack. He has already competed against current Formula 1 drivers such as Mick Schumacher and Lando Norris and won several trophies, among them the legendary 24h of Dubai or on the Nürburgring Nordschleife.

Read more
In the Footsteps of Tom Cruise and Ayrton Senna

BENJAMIN MAZATIS’ TRIP TO THE CÔTE D’AZUR. Glitz, Glamour, Cannes. A few weeks ago, I spend some days in the Palais des Festivals of the legendary Cannes Film Festival, which is currently...

About last weekend. Always nice to be back with a Trophy ! 😎🏆 It‘s been a while since I last take part in a competition...

Normally the ICEM was supposed to start today and I was really ambitious to at least defend my trophy from last year...

Will the next Formula 1 star come from the region?

Marvin Dienst and Benjamin Mazatis to be trained to Formula 1

With Benjamin Mazatis, another talented junior enters the stage of the DMV BMW Challenge.

In conversation with... Benjamin Mazatis

Slowed down by age

Benjamin Mazatiswandelt on the trail of Sebastian Vettel